Corporate Party Etiquette! Yes it’s there and it's needed for professional growth

May 16, 2018
Rohit had joined a multinational consulting firm 6 months ago. While he had worked with an established organization earlier, this one was quite big and thus also quite different in its culture. Especially the party culture.

So, the time came for the annual team party, everything on the house, drinks included. Rohit had spent the last 6 months learning and working hard to earn a reputation. This was the time to unwind and let loose. Or so he thought. 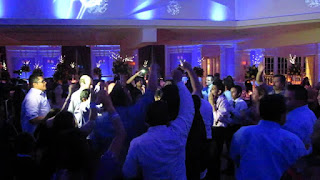 On the Monday morning after the party, the floor was abuzz with gossip and chitter-chatter about what all happened. Ankit had hit the dance floor hard and really impressed everyone with his moves, not seen before. Jasmine and Carol had made everyone say a few lines in praise of the leader who was hosting the party, David.

But, the most happening gossip was about Rohit. While he did not remember much, the others were talking about how many drinks he downed and who all did he fall on, let alone the time he threw up on the dance floor. Satya had to really pick Rohit up and drop him home in his car that night.
And there it was, all the hard work of 6 months went down the chugs of beer. The next 6 months and more were very difficult for Rohit to earn back his image.

Familiar with similar situations? Been to an office party and not known how much to let loose? Seen a colleague actually letting it loose and ending up in a fight with someone?

Office parties are actually a great opportunity for you to fuel your growth in the organization and building your network. Usually, people, especially the managers, are more observant of each other’s behavior in this scenario, whereas the opposite should have been happening. Thus, the right behavior can help you create the right impressions, make new friends, or even break a deadlock with certain people who were uncooperative at work.

Here are a few tips, Business Etiquette on maintaining the right impressions while also having fun at an office party:

1. Remember an office party is still an “office” scenario, even if it happens on some other premises

2. If you don’t drink, politely say no. Don’t feel the urge to bulge in pressure from colleagues or your manager

3. Hold that drink. This is not the setup to show off your ‘drinking capacity’. Don’t drink like you will never drink again. Too many free drinks can cost you a lot in reputation. Keep drinking water in between to keep your stomach fuller.

4. Dress appropriately. It should be what you would wear to the office on a Friday to the max, not your full-blown party attire

5. If you’re a non-vegetarian, go for boneless. Or don’t dig too deep through the bones. More on this and dining etiquette in another article

6. Try to leave at an appropriate time. Avoid hanging around till the last moment and beyond

7. Take this as an opportunity to network with people you usually don’t interact with. Build rapport with them. Don’t just stick with your usual friends at work

8. Keep work-related discussions away as much as possible. If another person initiates, talk about it, but don’t start charting out an implementation plan there and then

9. And no drunken rants or inappropriate language! Totally avoid complaining, bickering, or blaming someone at work or outside for your troubles.

10. Bring the shots, please! Should be the last thing you say. I mean you should avoid it.

Please feel free to share your thoughts and comments below. Read more on corporate etiquette:

Popular posts from this blog

Internal and External Barriers to Effective Communication: And how to overcome them!

Facing an Interview Confidently: 15 Tips for making a great impression and getting the next job!